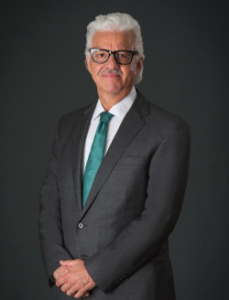 Edwin Quiñones is a graduate of Yale Law School, from which he obtained a Master of Laws degree, and the John F. Kennedy School, of Government at Harvard University, from which he obtained a Master’s degree in Public Administration. Mr. Quiñones has a Juris Doctor degree from the Interamerican University School of Law (Valedictorian) and holds a Bachelors of Arts degree in History and Social Studies from Widener University (formerly PMC Colleges). Mr. Quiñones has been legal counsel to the Puerto Rico Secretary of Labor and Special Aid to a former Governor of Puerto Rico Mr. Rafael Hernandez Colon. Mr. Quiñones has lectured at both the Interamerican University School of Law and the University of Puerto Rico and has written extensively on a variety of legal and social issues.

He has vast experience in governmental affairs, civil and common-law matters. Mr. Quiñones is an experienced practitioner before the Executive and Legislative branches of both the United States and the Commonwealth of Puerto Rico, and has served as an arbitrator in labor relations disputes. He was a Presidential appointee to the United States President’s Advisory Commission on Educational Excellence for Hispanic Americans and a member of the Board of Directors of Latino Justice PRLDEF long known by its former name the Puerto Rican Legal Defense and Education Fund. Mr. Quiñones has been designated by the Governor of Puerto Rico and confirmed by the Senate of Puerto Rico, as a Member of the Council of Higher Education of Puerto Rico. He has been a member of the Advisory Committee of the Puerto Rico Energy Cluster.